Reasons to Get Rid of Your Paper Chore Charts 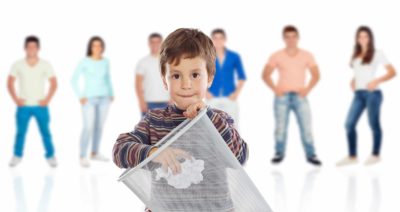 Like it or not, everything is going digital. I just came back from a family vacation to see the magical land that began with a mouse and it blew me away when I learned early on, I never needed money. A wristband and cell phone were all I needed to survive three days at the craziest place on earth.

While the digital age has become a standard way of living, there is one place that still seems to want to hold on to the past – chore charts.

BusyKid is one of the frontrunners in the chore chart app industry and it has come up with some solid reasons why a screen is better than paper when it comes to chore charts.

2. Kids Love Technology
Sooner or later, your kids are going to love technology. Not only will they love it, but they’ll most likely be better than you is using the apps and devices that seem to run everything we do. Encourage your kids to embrace technology sooner and start them using a platform like BusyKid to help them stay organized with their daily chores, and overall being more productive with their time spent online.

3. Waste Not!
Choosing to go paperless aids in the fight against environmental damage here in the United States. While the U.S. is home to only 4% of the world’s population, but we produce more than 30% of its waste. Every year we use about 69 million tons of paper, and only half of that paper is recycled.

4. Time-Saving
When you use paper chore charts every week you have to fill it out by hand. With a chore chart app, you’re able to type in the chores, and it will store your allowance rate for each activity for easy planning. Being a parent, you want to be able to teach your kids valuable lessons efficiently, so they will retain it and use it in their futures. Using a mobile app saves you time scheduling chores so you can focus on the essential time spent raising your kids.

Choosing to get rid of paper chore charts should be an easy choice. Not only is it great for the environment but, your kids will love using a chore chart app instead of an archaic paper system, and it saves parents time with their weekly scheduling. If you’re ready to make the switch, choose BusyKid, we offer VISA Prepaid Spend Cards to help teach your kids about our nearly cashless society.