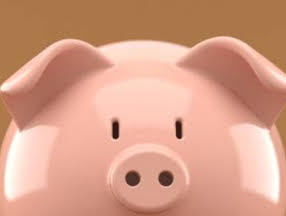 Ever wonder why kids put money in a piggy bank? The decision to start making swine-shaped money holders wasn't random. Nor was the delineation of bulls representing an upward-trending market while bears mean the opposite.

In fact, animal-money symbolism has deep roots in myths and history from around the world. Here are some of the more interesting, creature-based legends that continue to shape our views of wealth and prosperity today.

The piggy bank's origin began in the Middle Ages, when pots and other containers, including those used to hold money, were usually forged from an orange-colored clay material called pygg. Over time, money jars became known as “pygg pots.”

Then, when the English language evolved to “pygg” being pronounced as “pig,” a play on words was born. In the 19th century, people began requesting that English potters make their money jars into pig shapes—and thus, the modern piggy bank was born.

Want your piggy bank to hold more coins? Try one of these 101 ways to save more money—from buying in bulk to optimizing your energy consumption (and lowering your utility bills). Don’t forget: You can actually invest your spare change, too, through apps like Acorns, and give it a chance to grow. One of Wall Street's two animal symbols, the bear likely has roots in the proverb that it's not a good idea “to sell the bear's skin before one has caught the bear.” Today, a bear market is generally defined as a sustained drop in the value of a stock index (like the S&P 500 or Dow Jones industrial average) by 20 percent or more from a recent peak.

To visualize it, think of the way a bear attacks its prey: by swiping its paws downward. Bulls attack by thrusting their horns upward, and bull markets are characterized by a 20-percent rise in stock indexes—essentially, the opposite of bear markets.

One of the first mentions of the bull, as it related to money, came from poet Alexander Pope, who wrote in 1720: Come fill the South Sea goblet full/The gods shall of our stock take care/Europa pleased accepts the Bull/And Jove with joy puts off the Bear. You’ve probably seen the Maneki Neko or the “Beckoning Cat” statue in a Japanese restaurant or business. The feline's right paw supposedly attracts money and the left attracts customers.

The symbology of the Beckoning Cat dates back to the 1400s when a poor monk's cat allegedly waved a weary samurai into his Tokyo temple. That samurai turned out to be a wealthy lord and, after being enlightened by the monk's wise words, supported the temple with crops and rice fields, transforming it into a prosperous shrine.

Aside from the Beckoning Cat, Buddhist myth also contends that dark-furred felines can bring gold, while lighter-haired cats bring silver. And in other cultures, cats are also symbols of wealth and prosperity. In Russia, a blue cat is considered lucky while, in Italy, folklore maintains that if you hear a cat sneeze, money is coming your way.

If that money comes in the form of a tax refund—after all, ‘tis the season—here’s how to make the most out of it. A Chinese symbol of prosperity, the goldfish's, ahem, golden, color is mainly responsible for its association with money and wealth. Fish in general have been an enduring representation of affluence in Chinese culture, since the word for fish is pronounced the same way as the word for abundance. (The fact that fish also reproduce quickly is another reason for the symbolism.) Having a fish tank in your home is thought to bring positive money movement into your life. (But so does establishing some solid financial habits on your own.) Superstitions from various cultures, including Portugal, Australia and Trinidad and Tobago, showcase the belief that the “money spider” can bring good financial fortune. (The spider in question is specifically a small, shiny black arachnid from the Linyphiidae family.)

If one of these spiders runs over your clothes, or finds a home in your pocket, wealth is supposedly coming your way. Of course, you must try your best to avoid screaming and flicking the spider off as it crawls all over you in order to reap its money-bringing benefits. In Feng Shui, the frog is associated with money and wealth. Known as Jin Chan, or the Golden Toad, the Money Frog is an ancient Chinese symbol with mixed origins. Some believe the frog's wealth-giving powers can be traced back to a Daoist man who used the amphibian to transform into a god, while others point to the legend of a greedy wife who was turned into a frog for stealing.

In any case, the Jin Chan is usually depicted today as a red-eyed, three-legged frog statue with flared nostrils. Feng Shui rules dictate that you should place the frog inside your front door at a diagonal to let flow of chi (energy)—and cash—come through.

Your account has been created. To launch the BusyKid app, use your mobile device and click the email link we've just sent.